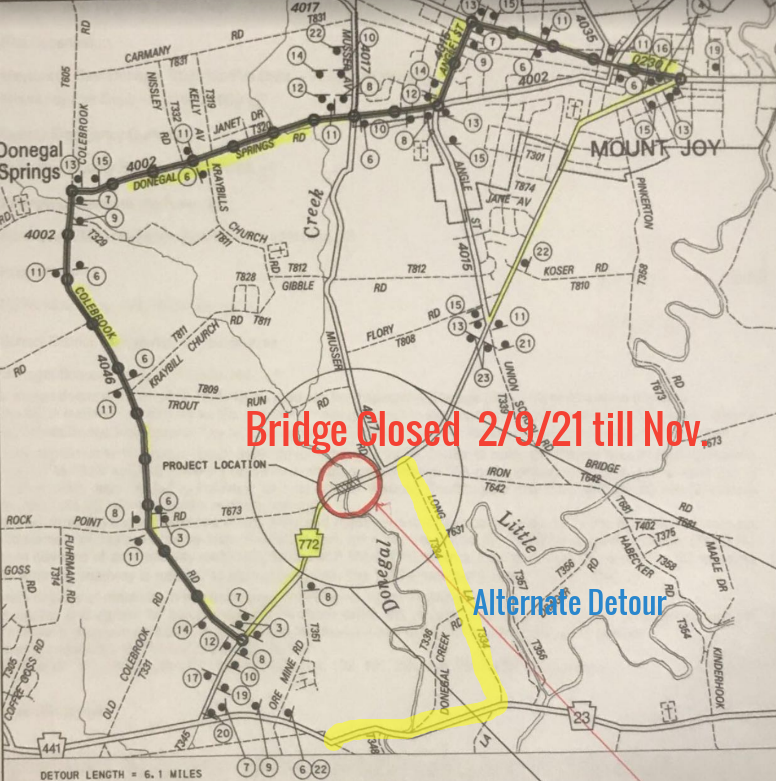 Susquehanna Valley Construction will be closing the Bridge on SR 772 over Donegal Creek on 2/9/21. A detour will be put in place until the end of November 2021. 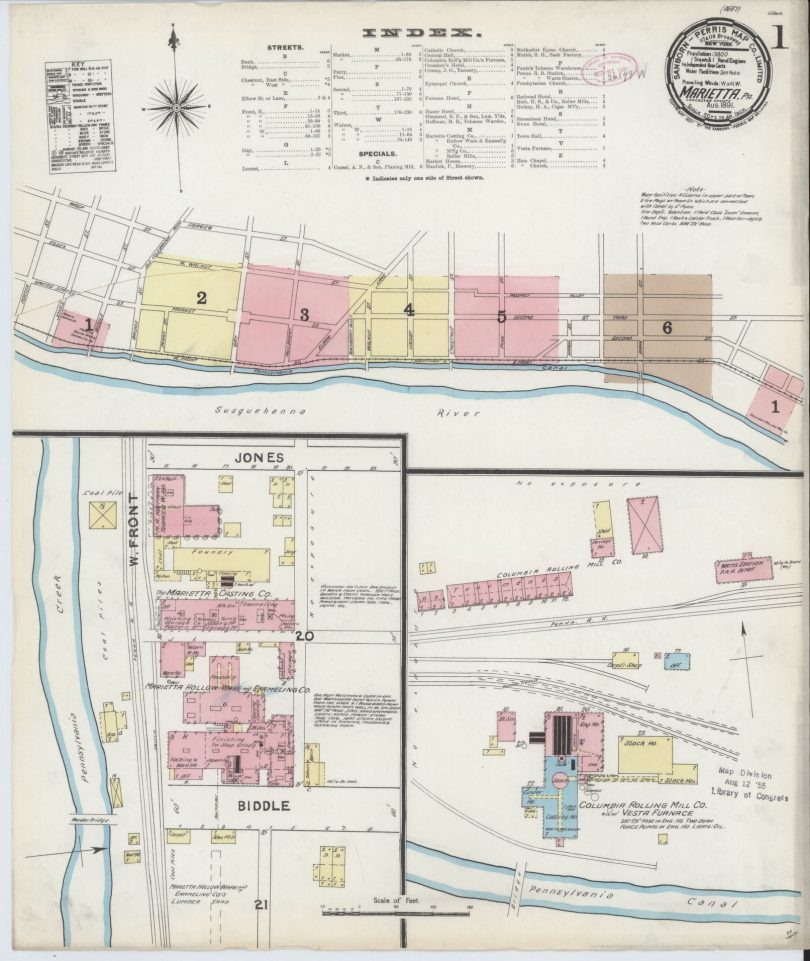 Check out these old fire insurance maps of Marietta, PA in 1891. Useful to see what buildings where on your property back then. 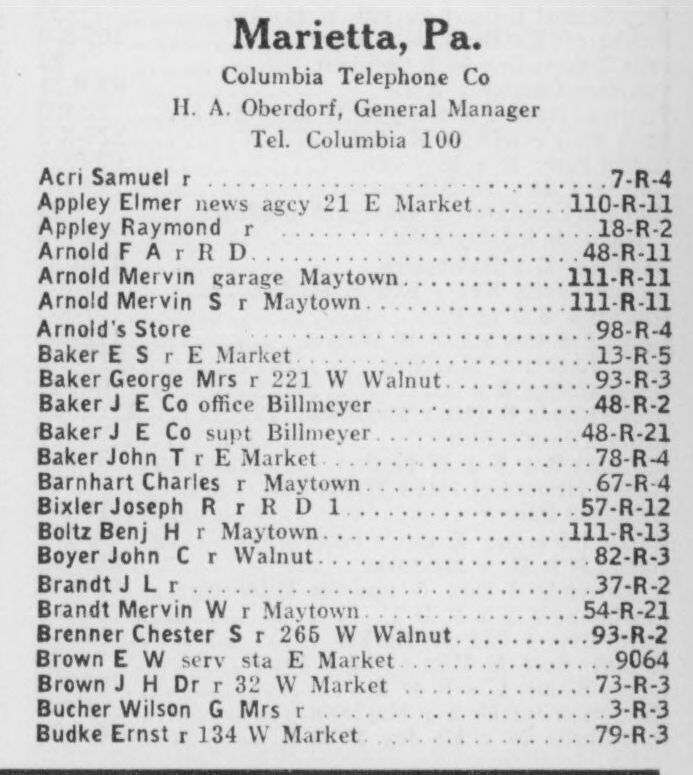 Check out these old pages from the phone books from 1936 through 1949. Sorry these phone numbers don’t work anymore! Source: Library of Congress

To all Marietta Citizens:

As your Mayor, I would like to thank you for your continued strength and cooperation during this trying time, when we are fighting a virus that is upsetting our daily lives in almost every way. However, this is not the first time that the citizens of Marietta have been challenged by uncontrollable events. If you are an old guy like me, you can remember wars, river floods, and the small pox and polio viruses. All these events resulted in fear of the unknown, but we conquered them because we had the support of our fellow Mariettians, we worked together, and we accepted the leadership of our government. I am telling you about these events to lessen your fear of what might happen with the coronavirus. We have been through trying times before, and we will overcome them again this time. What we need to do is listen to the advice of our medical professionals and government officials, keep ourselves informed and help our neighbors. Please stay at home as suggested, and follow social distancing guidelines. Please contact the Borough office with any questions or concerns. 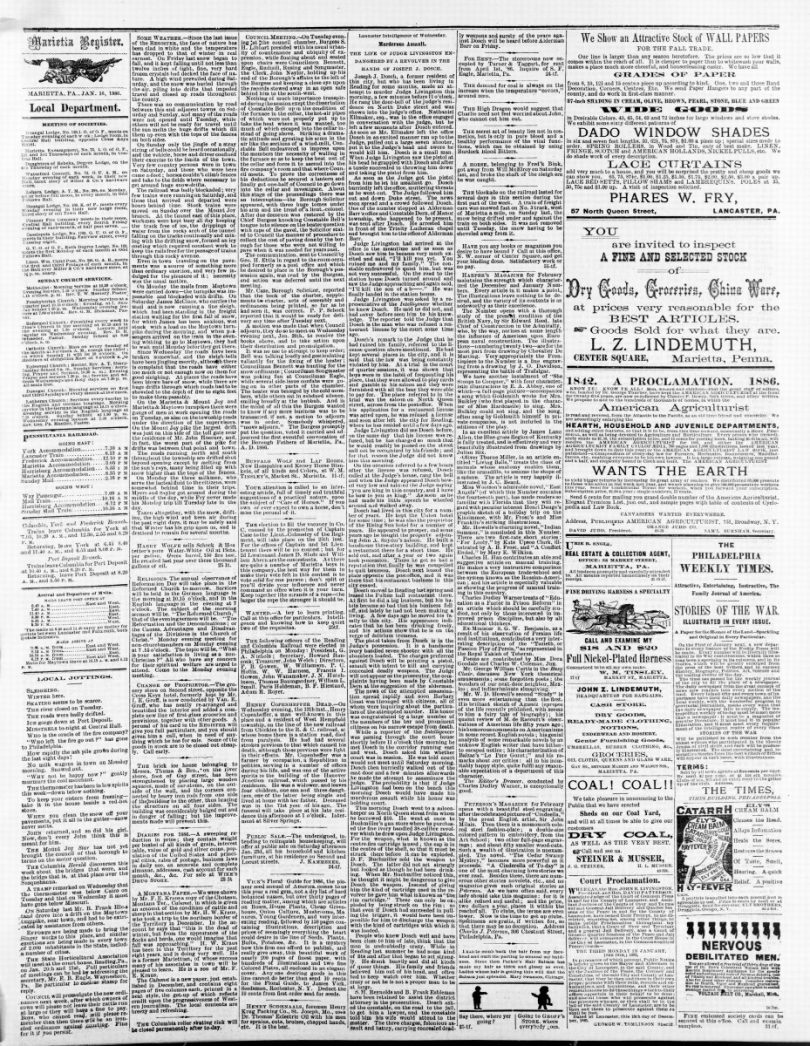 Here is the video timelapse! 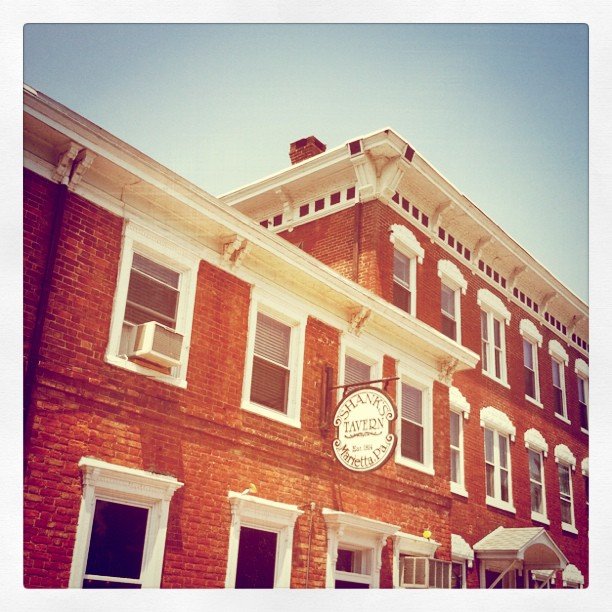 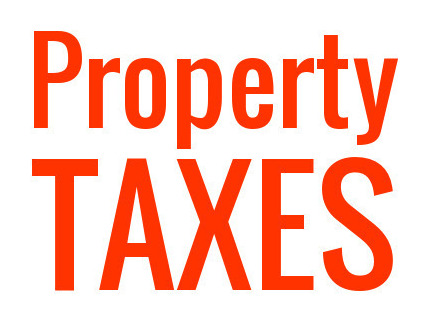 The totals are now in for the 2018 tax assessment.

Here is how you should fair based on average increases.

For the Donegal School District, the total assessment went up 28.54%.

In Marietta Boro, the total assessment went up 23.1%.

So, if your assessment when up by only say 20%, your base taxes should be going down.

Marietta’s Current millage is 6.5 and Donegal’s is currently 22.879

These should be lowered to approx 5.28 for Marietta and 17.8 mils for Donegal (plus any additional tax increases for 2018)

Since the school district’s assessment when up more than the boro’s, the average home owner in Marietta should see lower school taxes.

For example, if your property was assessed at $100k, and it was increased to $120k… you’re still going to see LOWER property taxes for 2018. 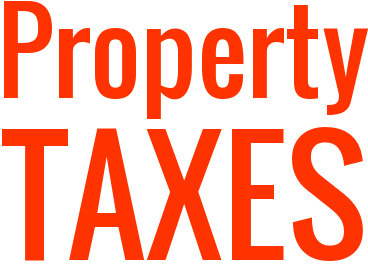